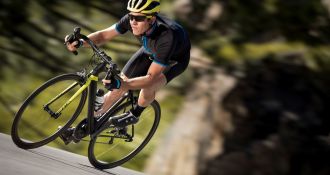 The Giant TCR is the lightweight road model from the Taiwanese colossus, sharing the road with the likes of Trekâ€™s Emonda and the Tarmac from Specialized. The TCR Advanced occupies the lower end of the TCR scale with the Advanced SL at the top and mid-range Advanced Pro sandwiched in between.

Despite its lower specification and sharing of the limelight with the TCR Advanced SL, which Tom Dumoulin pedalled to Giro glory last year, the TCR Advanced has risen above, earning Best Bike accolades and perfect reviews in 2018.

Though the TCR Advanced may fall at the bottom of the TCR range, it makes no compromises with its frame build. At a fraction of the price of its World Tour-riding big brother, you get the exact same Carbon composite frame, which â€“ we think youâ€™ll agree â€“ looks well worth the price tag on its own. This particular model sits second from the top in the Advanced range, so is treated to a Shimano Ultegra mechanical groupset, a carbon seatpost and tubeless tyres, all for under Â£2000. 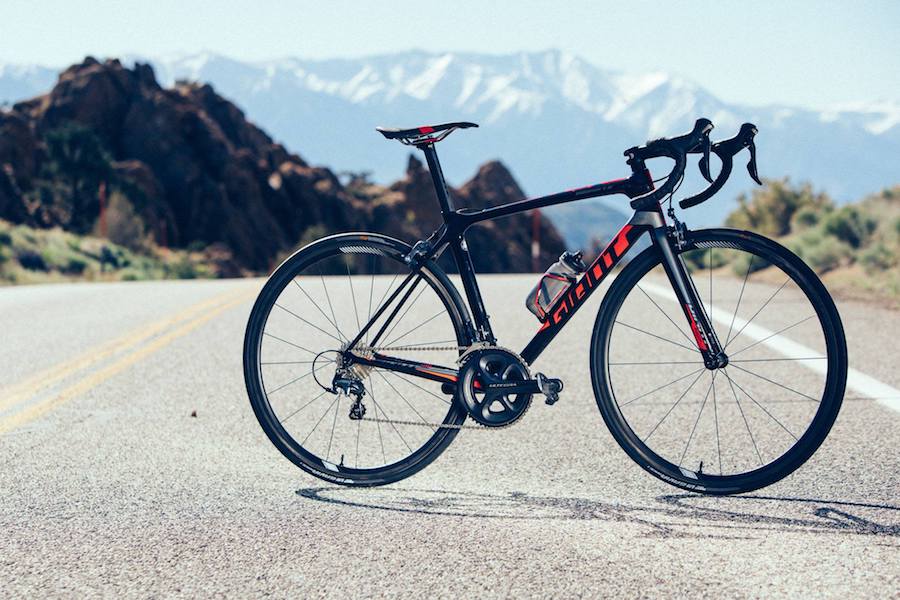 Cycling Weekly gave the TCR Advanced 1 a perfect 10 when reviewed in March this year, praising its value for money and compliance, despite the tight angles of the visibly small frame. Tested on the less than ideal pock-marked roads of Hampshire, the ride feel was also admired: â€œIt has a very agile ride and feels totally predictable and stable without being a bore or lacking feeling.â€

Cycling Plus also gave the â€œhard to faultâ€ TCR Advanced 1 an â€˜Exceptionalâ€™ review, describing the carbon frame as â€œlight, fast, comfortable, ideal for racing, long rides, or anything else you could name.â€

The TCR Advanced 1 is also available with a hydraulic disc setup which nudges the price up to the Â£2000 mark but adds that little bit of extra stopping power.

The Giant TCR Advanced 2 sits one rung below the Advanced 1 in specification, wrapped in a full Shimano 105 groupset which brings the price down to just under Â£1500. But why would you not just spend an extra Â£300 to get a better groupset? The answer is simple: the TCR Advanced 2 has recently been given the enviable title of Cycling Plus Road Bike of the Year 2018. 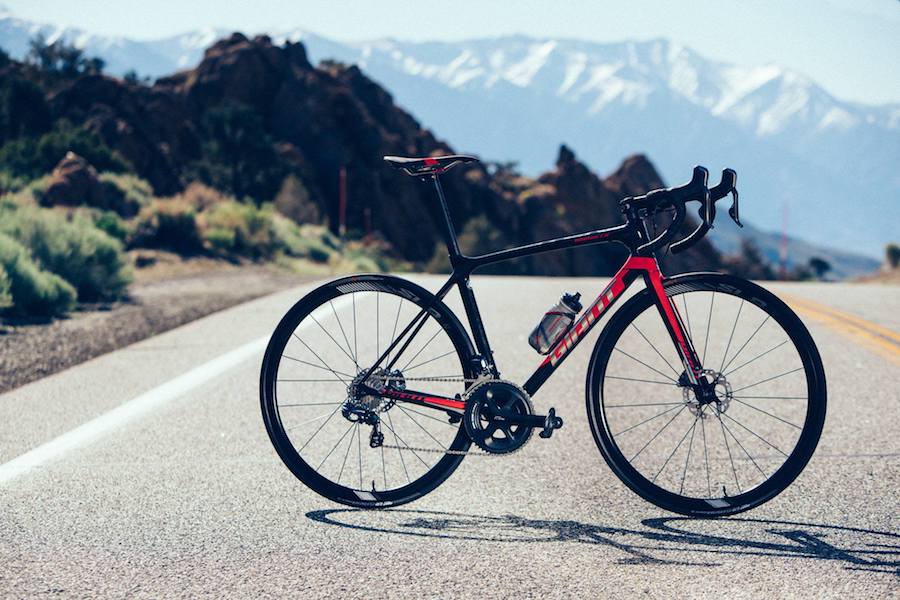 The major cycling magazine tests a huge number of bikes across a wide range of prices, from alloy winter road munchers to Grand Tour-winning, feather-weight carbon racers. That makes it all the more impressive that the TCR Advanced 2 â€“ with proprietary alloy wheels and 105 groupset â€“ should scoop the top prize.

In their â€˜Exceptionalâ€™ ride review last month, Cycling Plus summarised: â€œThe TCR Advanced 2 is a thoroughly satisfying and incredibly comfortable bike to ride at a steady speed, but put the hammer down, and it really comes alive, with seemingly never-ending ability.â€

Itâ€™s nice to know that you can get a world-beating, exceptionally-reviewed carbon road bike for less than Â£2000, and one that looks ready to win races too. We think itâ€™s fair to say that the Giant TCR Advanced has proved itself worthy of consideration, whatever your level or riding style.