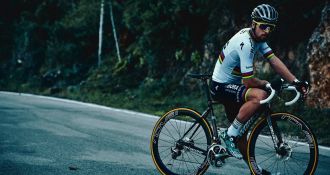 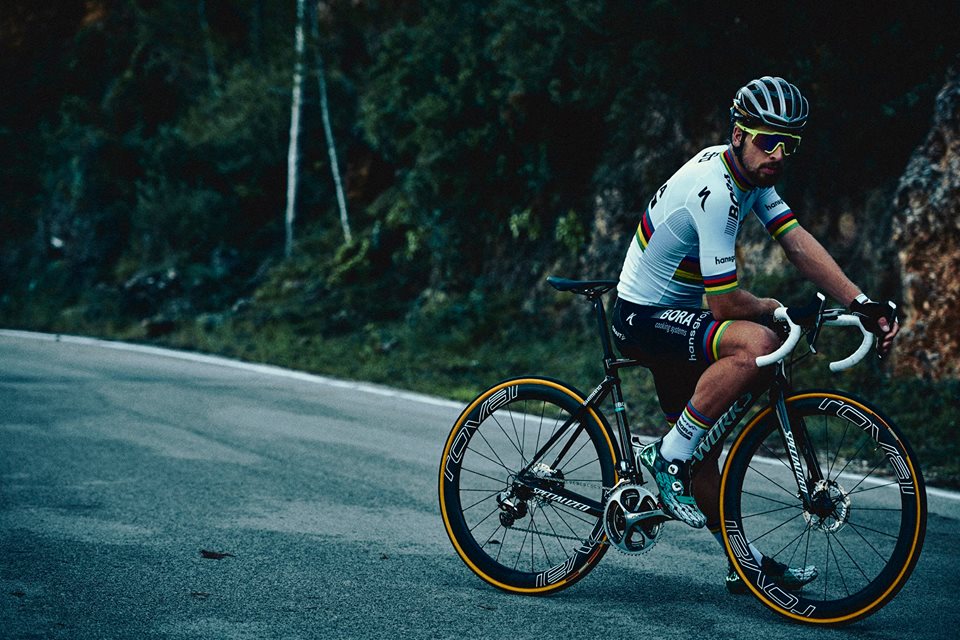 Superlatives sometimes fail to describe the modern hero of cycling. In this instance, we must turn to numbers, and then itâ€™s a question of which statistics do you choose? Sagan has claimed two World Championships, the 2016 Tour of Flanders and five consecutive Tour de France green jerseys. And thatâ€™s just scratching the surface of his almost one hundred career wins. The Slovakian one-of-a-kind is known for many things, not least his witty responses in interview, or his ability to consume gummy bears faster than a childrenâ€™s birthday party, but his bike handling skills are something that certainly set him apart.

Bike handling is an area we could probably all improve on, so here are a few things that Peter Sagan does well which amateur riders can also take advantage of.

If you have never seen Peter Sagan descend like a stone off the mountains of the Tour de France, then we suggest a life-changing visit to YouTube. His bike leaning near horizontal, he flies past the television motorbikes before hitting the brakes with instinctive confidence. He scrubs off as little speed as possible by squeezing the brakes no more than necessary as he enters the corner and easing off through the apex. To do this requires huge confidence in your machinery because what is on the other side of those roadside barriers on the Pyrenean descents (if they exist at all) does not bear thinking about.

The all-important brakes and brake blocks Sagan entrusts his career and life with, are available for all of us to purchase for less than you might think: like the Swisstop brake blocks or the forever consistent Shimano Ultegra brake calliper. Knowing you will be able to stop swiftly on demand will boost your confidence, allowing you to have a greater feel for the bikeâ€™s actual limitations.

Power through the pedals

If Peter Sagan and Jeremy Clarkson have anything in common, itâ€™s a penchant for power. When things in front of Sagan start to go awry, such as riders falling or even a stray dog walker, Sagan will always try and keep power pressing on his Look Keo blade pedals. By not panicking and freewheeling like 90% of amateurs woruld, Sagan maintains his balance better, seizing greater control and escaping the danger zone faster. During the Classics season where races take place over cobbles, Sagan uses his immense leg power to keep himself out of trouble, maintaining constant traction and gliding over the cobbled sectors of the northern Classics.

It is a well-known fact that Peter Sagan was a junior World Champion mountain biker before landing on the road cycling scene and ripping his rivals to shreds. MTB is a sport that demands a great deal of skill as well as explosive power and aerobic strength. Cross country riders throw their bikes over rugged trails, â€˜rock gardensâ€™ and technical descents, so quickly become highly attuned to what the bike is capable of. All this transfers brilliantly onto the road, and consequently, Saganâ€™s incredible relationship with his bike sets him apart from his road cycling rivals.

Mixing disciplines is one of the best ways to become a better rider on the road, and with a full suspension steed like the â€œworldâ€™s best-loved mountain bikeâ€, the Trek Fuel Ex, you will see fantastic returns in no time.

For maximum control of your bicycle under power, braking and over broken terrain, you need a great set of tyres. Without an appropriately pressured 80-100 psi grippy tyre like the 25mm Continental 4 seasons, imitating the great Peter Sagan will remain a dream rather than becoming a reality.

At the end of the day, Peter Sagan is only human. He had to start from scratch just like the rest of us. Yes, he might have got a head start on you, but thereâ€™s nothing that heâ€™s got that you canâ€™t attain, so take note, and you never know where the rainbow bands might end up.